A Piecemeal Approach to Modernizing the Accredited Investor Standard

On December 8, 2020, final amendments to the Securities and Exchange Commission’s (“SEC”) accredited investor definition will go into effect. What does this mean for private fund managers? It depends. Continue reading for an overview of several noteworthy adoptions to the SEC’s definition expansion.

These changes may positively impact the ability for some fund managers to target a larger pool of investors; however, these changes likely do not impact managers that are required to accept a higher standard of investor known as a qualified client. Managers will remain regulated by federal and state investment adviser standards. While these changes may benefit a small percentage of fund managers, the majority of private funds will presumably not see a significant boost to their capital-raising market.

The SEC’s reasoning took into consideration public input, including, but certainly not limited to investment managers of public and private funds, academia, and fund-related publications. In considering the definition expansion, the SEC was tasked with determining what most accurately measures a potential investor’s financial sophistication, regardless of their net worth. Bearing in mind that registration-exempt offering documents do not require the additional protections and disclosures afforded under the Securities Act, the SEC instead focused on merit-based knowledge and sophistication standards in the course of determining their final decision.  The SEC rested much of their decision on types of degrees or certifications, such as the final three adopted in this order, that would best reflect the investor attributes and skills necessary to understand the potential risk of financial loss when investing in a private offering, and make an informed decision knowing such.

In addition, the newly-defined accredited investor holding one of these certifications must have passed the exam and be in good standing, meaning that the license has not expired, been revoked, or is currently under suspension. Furthermore, the SEC will not permit these individual investors to self-certify financial sophistication and as such, managers will be required to review an investor’s certification documents to verify that the investor has such a license and that such license is in good standing.

Those that vocalized their opposition to the inclusion of some certifications argued that licenses such as the Series 7 and 65 were too broad in scope and did not highlight enough private securities knowledge required of investing into a private offering. In an article from the Brookings Institute, authors Robert C. Pozen and Patrick J. Ryan referring to the Series 65, commented that “...given the exam’s broad focus, we estimate there are fewer than five questions on this exam directly testing knowledge of private securities.”

Until the SEC has data to show if these certifications hold up to the financial sophistication test, it is unlikely they will expand upon the three currently allowed license requirements.

The SEC adopted a proposed addition to the accredited investor definition to include “knowledgeable employees” of a private fund,  allowing such employees the ability to invest in the offering, as well. The new category will mirror the current “knowledgeable employee” definition currently outlined in Rule 3c–5(a)(4) under the Investment Company Act.

This addition, codifying a common practice previously used by fund managers, may have greater underlying significance for private funds. A fund that does not otherwise meet the financial threshold of an accredited investor may now qualify under the expanded definition for the purposes of allowing such a fund to invest into other offerings which require that all investors certify their accreditation standard.

As part of the final amendments, SEC and state-registered investment advisers (“RIA”) will be included in the accredited investor definition. Similar to the licensure requirements, RIAs will be required to be in good standing with their registered jurisdiction.

It is deserving to note that expansion to the definition will include exempt reporting advisers (“ERA”). In the SEC’s reasoning, they stated that as advisers to private funds, ERA’s meet the financial sophistication required under the accredited investor definition. To qualify as an ERA under Section 203(m) or Section 203(l) of the Advisers Act, the adviser would otherwise be required to register as an RIA, thereby meeting the minimum asset thresholds prompting such requirement.

The SEC expanded their amendments to the accredited investor definition by including several types of entities, such as governmental bodies, Indian tribes, and other various entities. An entity falling under the “catch-all” category may qualify as an accredited investor, contingent upon such entity meeting the SEC’s investment test.

The investment test requires that (1) an entity owns investments, “investments” as defined in Rule 2a51-1(b) under the Investment Company Act to Rule 501(a)(9), of more than five million, and (2) the entity was not formed for the sole purpose of investing into a specific offering. While the SEC set forth this very broad ‘catch-all’ category of entities, they believe that requiring the entity to meet the investment test, as opposed to an asset test like a natural person is subject to, will more accurately determine financial sophistication.

Family offices, as defined in Rule 202(a)(11)(G)–1 under the Advisers Act, are also included in the accredited investor expansion, but must meet a different set of requirements.

One of the greatest points of contention in the final amendments adopted by the SEC was their non-action in updating and increasing the financial requirements for an accredited investor to accurately reflect inflation since 1983.

In a joint statement from SEC Commissioners' Allison Herren Lee and Caroline Crenshaw, they were very clear in their opinions that the final amendments were a failure to legitimately update the accredited investor definition, which the Commissioners’ argue is “the single most important investor protection in the private market.”

The SEC’s failure to modernize the wealth thresholds to reflect inflation will cause, from Lee and Crenshaw’s perspective, a lack of visibility into the private market and put a significantly overlooked category of investor--our seniors--at a much higher exposure to risk and fraud. Lee and Crenshaw leave no doubt in the reader's mind to their frustration with the SEC’s decision. Explaining such reasoning, the Commissioners' point out that from the pool of current-day households still qualifying as an accredited investor under the umbrella of an almost four-decade old financial threshold, the most vulnerable of these will be our senior citizens. Coming from an accredited-investor pool that has increased 550% due to inflation, it is fair to say that a significant portion of these investor’s wealth has been accumulated over an extended period, but not necessarily because of financial sophistication and savvy investment moves.

Succinctly put in the CFA Institute’s opinion letter, their head of capital markets policy, James C. Allen wrote, “the overall number of households that qualify as accredited investors jumped from an estimated 1.31 million in 1983 to 16.0 million in 2019. Over the same period, the share of qualifying households as a percentage of U.S. households leaped from 1.6% to 13.0%. Absent strong empirical evidence to the contrary, one cannot help but conclude that a significant number of individuals have joined the class of accredited investors, not because they can fend for themselves, but solely because inflation has pushed them into that status.”

Adapting and improving by the minute, technology has given fraudulent players the upper-hand and ease-of-ability to lure our populations' elderly investors with false promises and unobtainable guarantees. One could allege that the SEC’s declination to adopt an updated wealth standard hasn’t just left the door unlocked, but kept it wide-open, and by doing so, has left our seniors and other vulnerable adults meeting the untouched financial threshold, exposed to exploitation, fraud, and Ponzi-schemes.

However, in the SEC’s comments about their decision, they surmised that keeping the financial threshold at the inceptive level introduced in 1982 was based upon their lack of assurance that an increase of the threshold’s bottom-line would contemporaneously equal an increase of the financial sophistication. Furthermore, the SEC believed that, not only was the evidence insufficient in correlating investor net worth to that of investor sophistication, but that updating the threshold to match inflation could in turn, significantly deflate the remaining market of accredited investors. In the end, the SEC determined the threat posed to our capital markets by reducing the number of investors to be of more immediate harm than they could justify by bolstering investor risk protections and imposing an immediate catch-up inflation amendment.

Although we were not able to cover all of the SEC's adoptions to the accredited investor definition, we encourage you to read the order to fully understand what the adopted rules are and how they may affect you, whether you are an investor or fund manager.

Fund managers who believe they may be affected by these amendments should contact their securities counsel to ensure the fund’s offering documents properly reflect these changes, which officially take effect on December 8, 2020.

This article was written and provided by our Director of Client Development, Jennifer Hicks.

The Purpose of an Incubator Fund

END_OF_DOCUMENT_TOKEN_TO_BE_REPLACED 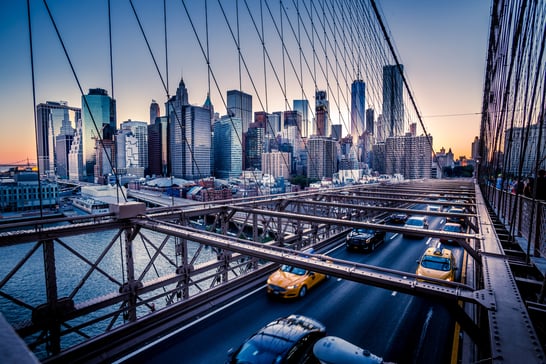 Understanding What Investor Standard Your Fund Will Require

END_OF_DOCUMENT_TOKEN_TO_BE_REPLACED 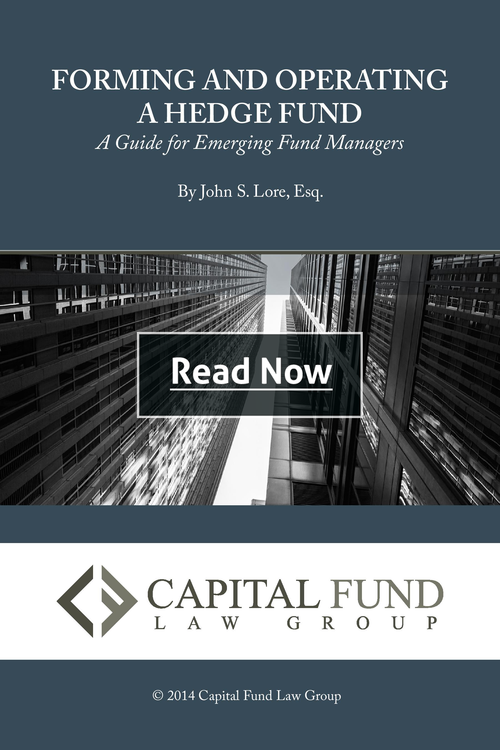 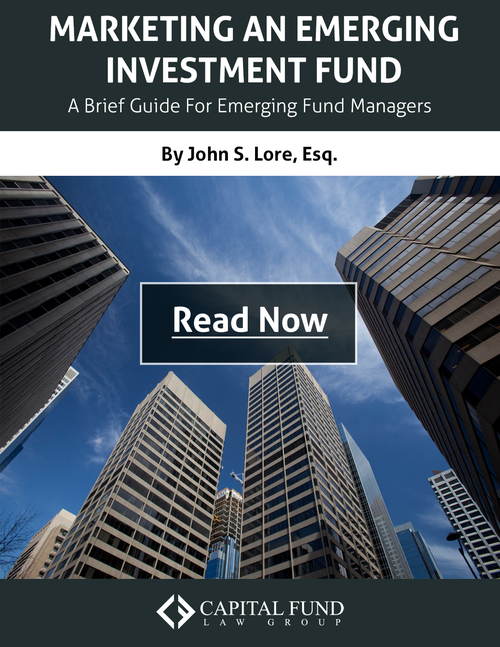